KatEL, NØé: these two forenames are not those of new-borns but of innovative projects arising from the imagination and expertise of Coprexma’s team. They are passenger vessels, an all-electric catamaran and a ferry powered by a fuel cell. 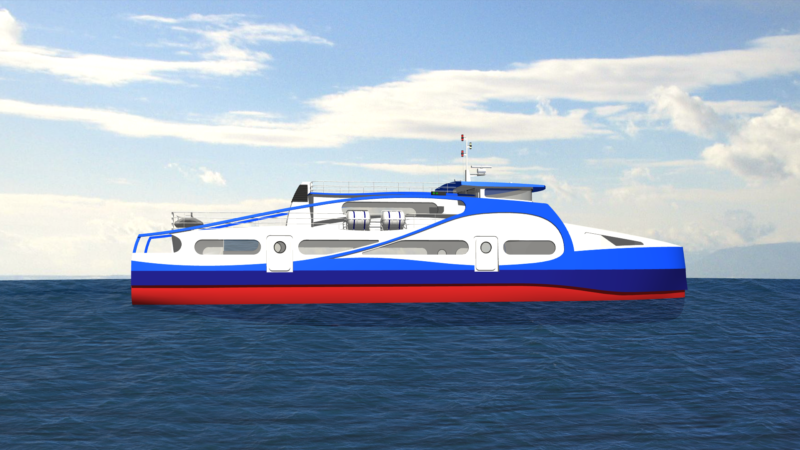 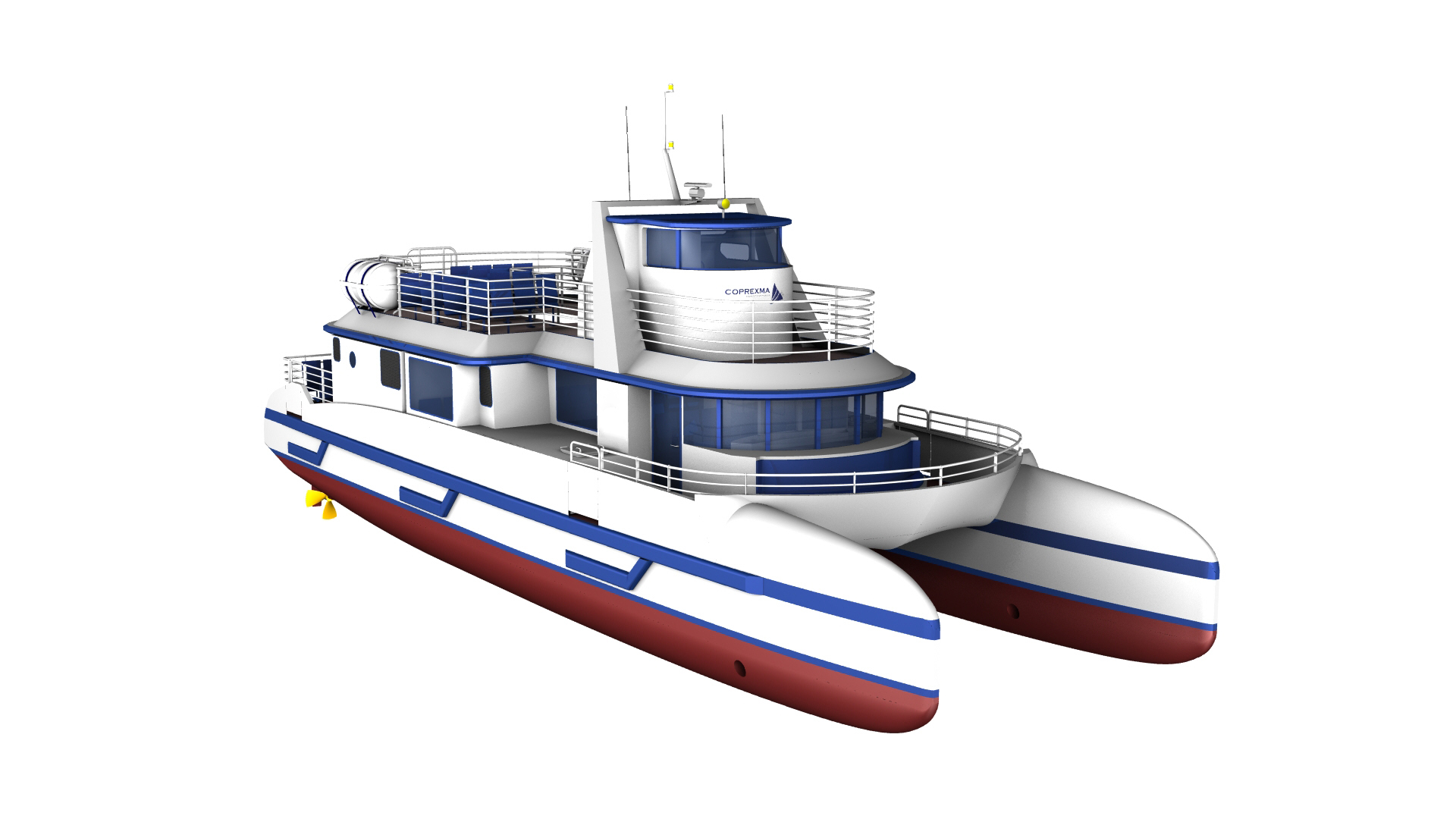 Particularly adapted for river navigation, protected marine zones and ports, KatEL, which stands for “electric catamaran”, is a 22 m vessel with a capacity of 120 passengers, designed to fulfil demand for a zero-emission vessel for inter-city connections. Fitted with dual electric propulsion, the catamaran has batteries giving autonomy of two hours, with a system for rapid recharge at the quayside. It can also function in hybrid mode, with the support of two electrical generators, which enables it to make longer crossings at higher speed. With this vessel, Coprexma offers an appropriate, efficient and available solution for shuttle uses in sensitive environments.

Run by Barillec Marine, specialised in hybrid and electrical propulsion and the production, distribution and storage of energy, NØé is a future passenger vessel project propelled using fuel cells. It would involve building a ferry of 35 m, with a capacity of 200 passengers, capable of travelling towards the islands and providing continuity between the territories. Barillec Marine brought together several partners for the project: the naval design and architecture firm Coprexma, the Piriou shipyard, the shipowner Penn Ar Bed, the fuel cell producer Symbio Fcell and the ENSM, the National Maritime School. Coprexma performed the design and validated the embarkation of the various components of this new propulsion concept. A prototyping phase on a demonstrator will be able to evaluate the responsiveness of the batteries, their behaviour and their control with the aim of formalising a European regulatory framework for developing the use of this technology. 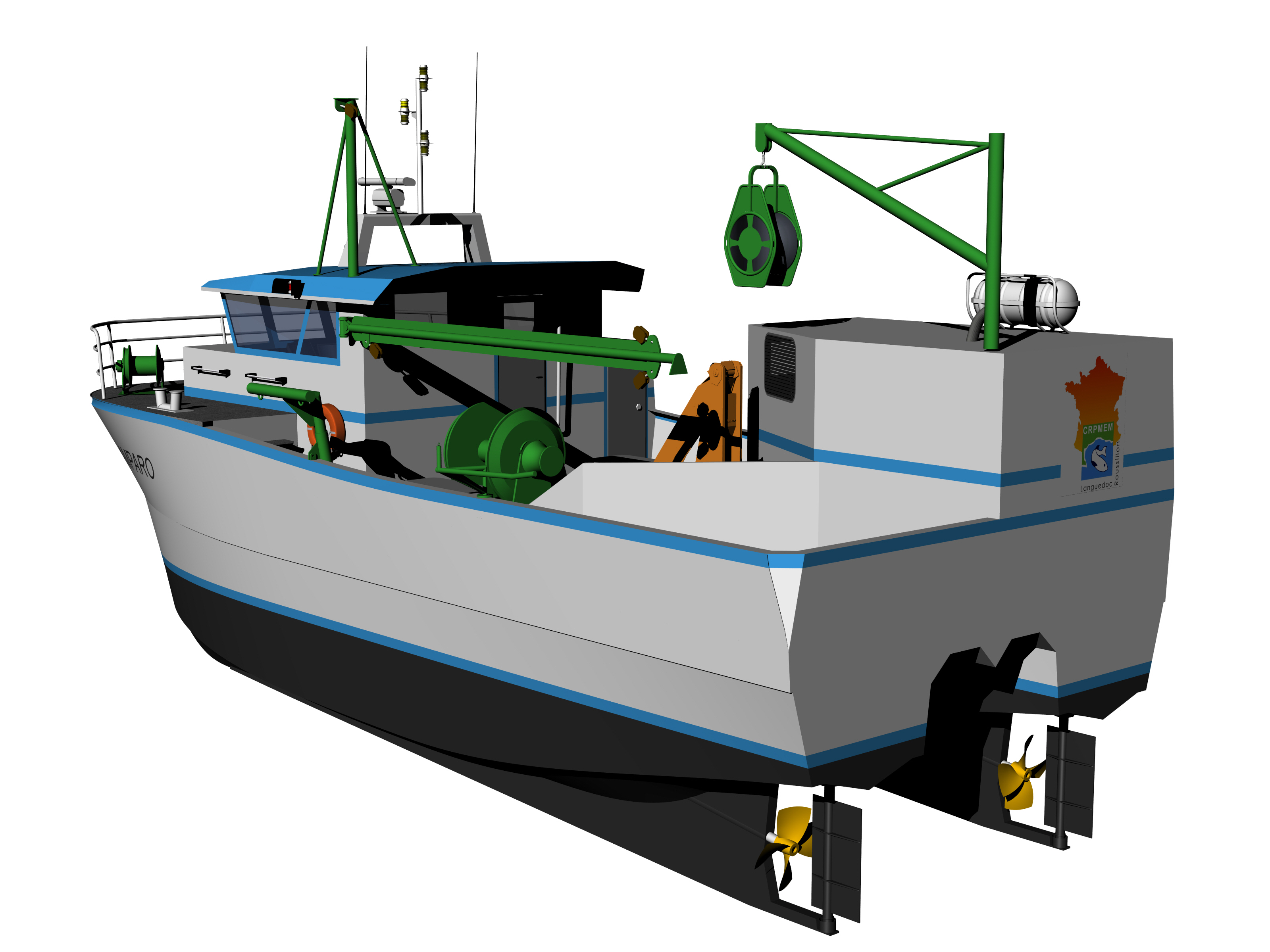 Coprexma is also the creator of Sérénité, a project for a 12 m fishing vessel of the future, quality-labelled by the Brittany-Atlantic sea division, that the architects have also produced in a Mediterranean version. Coprexma performed the feasibility study for a lampara targeting bluefish for the Regional Committee on Maritime Fisheries and Ocean Farming of Languedoc-Roussillon (Occitanie, Pyrenees, Mediterranean): SérénitéMED is a project for a 12 m catamaran with hybrid diesel-electric propulsion.

The Tunnel of LoC for reducing consumption

“Tunnel of LoC or Low Consumption” consists of installing a nozzle under the counter. The tunnel created above the nozzle enables a large-diameter propeller with a reasonable draught. The first prototypes of Tunnel of LoC developed by Coprexma, notably installed on the Bara Breizh and several artisan fishing vessels of Finistere, have achieved fuel savings of 30%. A low draught enables entering and leaving the port of Sables or Guilvinec at any time. The large counter is so that a large diameter propeller can be installed for good water thrust and good traction. At a time of expensive diesel, Tunnel of LoC offers better yield and considerably reduces fuel consumption. 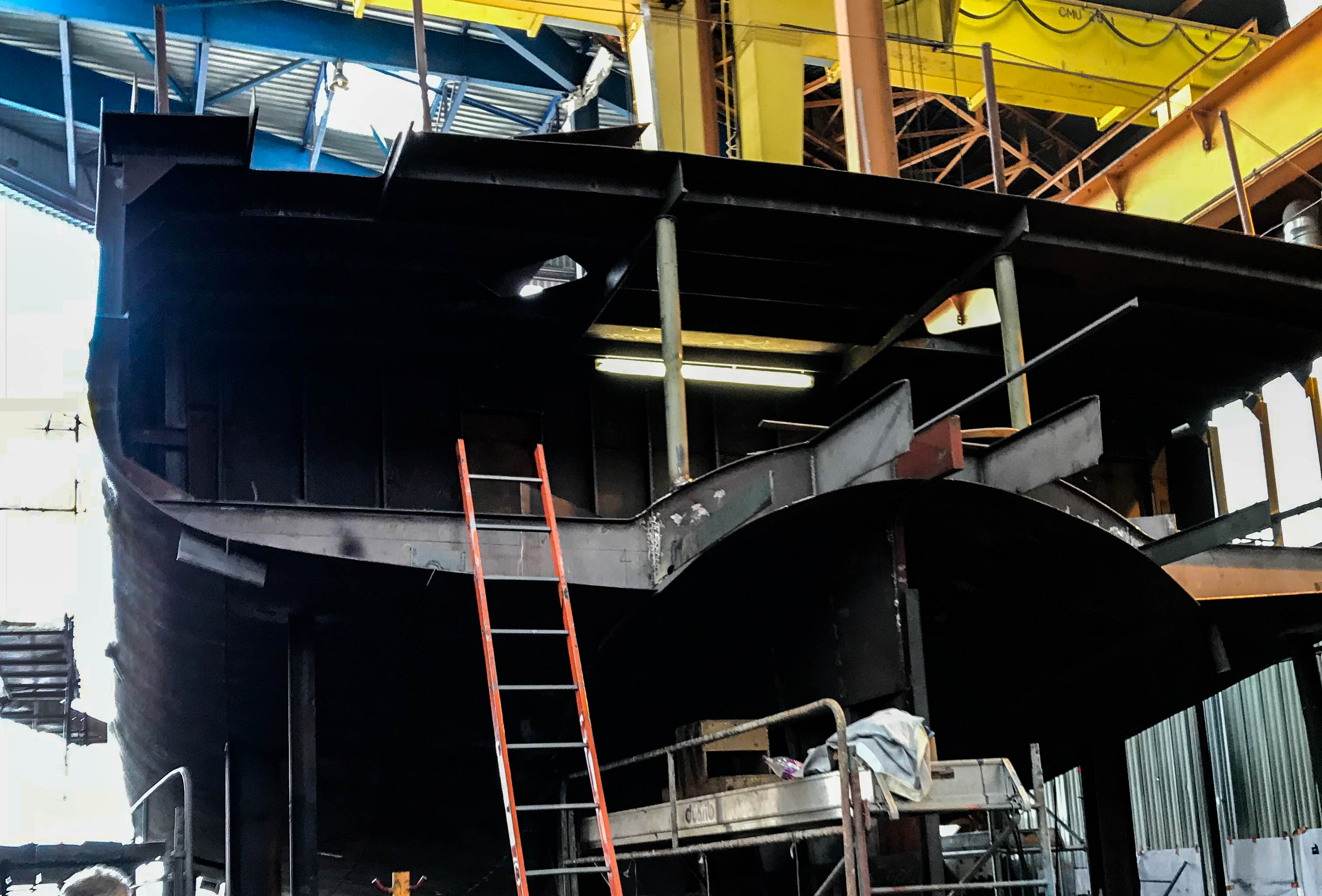 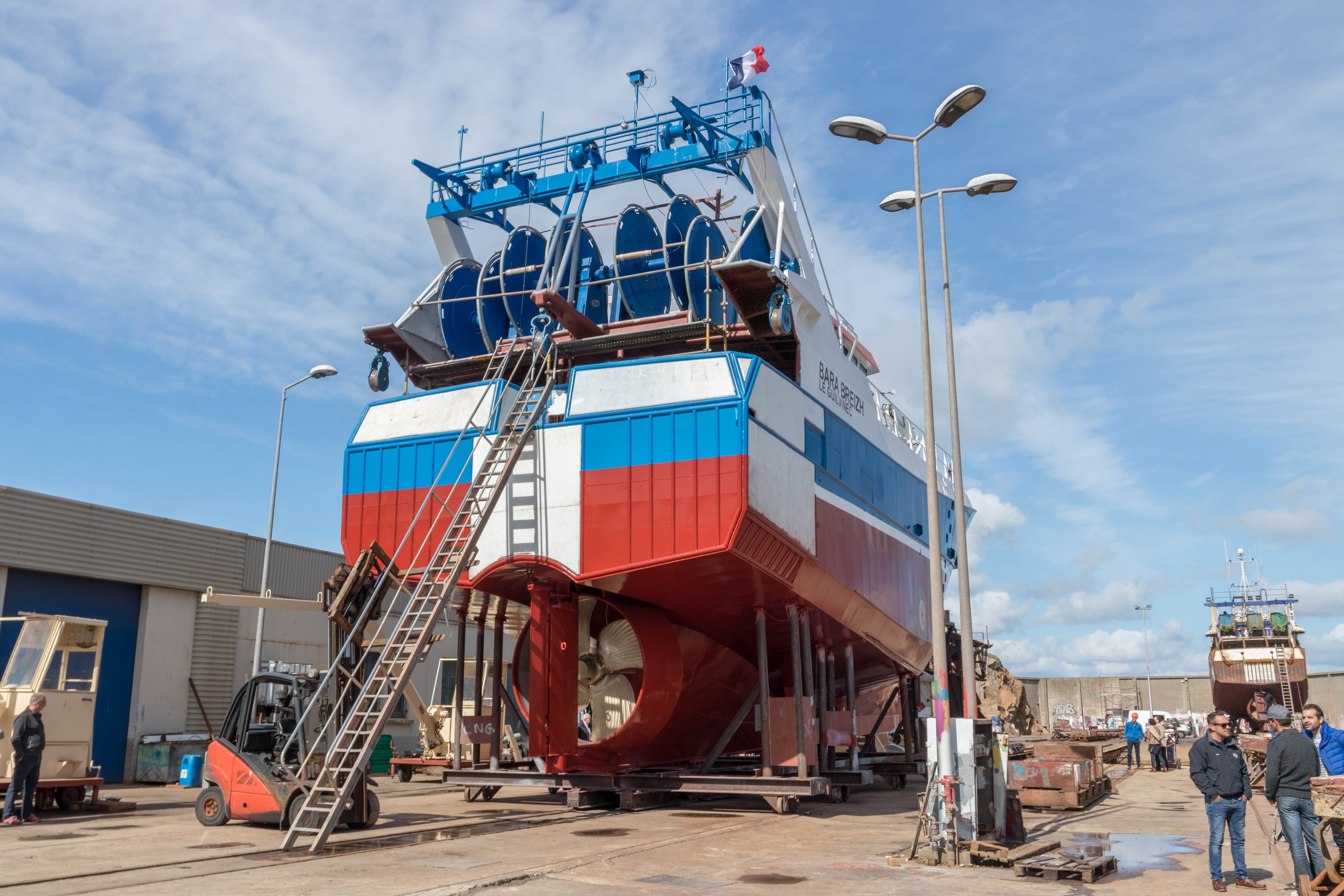 Back
We use cookies to ensure that you have the best experience on our website. If you continue to use this site, we will assume that you are satisfied with it.Accept